Go to content
Arkwright Town 1897-1995.
Arkwright Town.
By 1897 the Staveley company had purchased land for 229 houses in 7 rows for a mining community to serve the companies collieries nearby and its railway partners constructions in the locality. Mining communities had already been or were being constructed at Poolsbrook, Markham (officials and skilled workers) and Bonds Main by the company.
In the end only 5 rows were completed with in total 160 houses. The rows were divided into 3 terraced blocks containing between 6 to 12 houses. Rows were each separated by open back yards containing earth middens and coal houses for each property with pairs of properties sharing a common ash pit. Service roads were constructed to separate the back yards with lighting provided by gas from the Chesterfield gas plant. Water was pumped into a tap in each kitchen by pumps sited on Deepsick Lane.
The School
A school was built in 1900 to educate some 422 children. (282 + 140 infants) the headmaster living in a house nearby . Shops were built and others were added later. The railway provided a station and along with this a public house the Station Hotel was built and leased to the Staveley and District Public House Trust LTD. A Miners Welfare was built along with permission to build a Methodist Chapel. Allotments were created along with childrens play areas to the side of the railway.
In the 1930's the gas lighting was replaced by electric lighting supplied by the companies generators at Staveley Works and the old outside middens and ash pits were replaced with water closets and modern sewage pipes. In 1947 Arkwright Town was vested into the National Coal Board and as new landlords the Board undertook the restoration of the village and demolished the outside buildings after providing indoor bathrooms and toilets. The rows were each named and the street house numbers were altered to accommodate the demolition of 12 houses to improve access. Thirty years later in1977 the NCB sold off the houses to the sitting tenants and the remainder to a private housing company.
A new lease of life was given to the village in 1938 when the Staveley Company sank the Arkwright Colliery drifts into the Top Hard seam the village was needed for the Arkwright miners.
The Methane Escape.
November 9th 1988 a state of emergency was called in the village. British Gas engineers were called investigating reports of a gas leak as the fire was still burning in the hearth at one of the houses at 9 Hardwick Street and after investigating the problem, reported that it was not a leak on their mains but one of methane escaping from underground workings. The house was found to have 1% of methane in the area.  On further investigation it was found that further properties in Penrose Street and on Chesterfield Road were affected. Consequently 110 people from 56 homes were evacuated for a period of two weeks. As a result of this methane drainage and controlled burning of the methane from underground was undertaken and a plant was constructed to do this at the site of the old colliery.
A second alarm was raised in the Autumn of 1989 when an exposed part of the coalfield ignited and a fire resulted burning for about four weeks, the fear was that the resulting fire would ignite the methane underground and destroy the village. It was initially proposed to excavate 5,000 tons of coal from the affected seam but this scheme was dropped in favour of a more radical scheme.
British Coal denied any responsibility but in a move to calm the fears of locals decided to embark on an opencast venture to remove 3.2 million tons of coal from the uppermost seams of the middle coal measures thus venting the methane into the atmosphere and a reclamation of the colliery spoil heaps to recover a further 800,000 tons of coal. This would be at least a 10 year project of opencast mining and included the construction of a new village a few hundred yards away and then the demolition of the old village.
Tickets from Glynn Waite.
Colliery photograph from John Rayner.
Many thanks.
Bottom slide show pictures are stills from video. (Not the best quality). 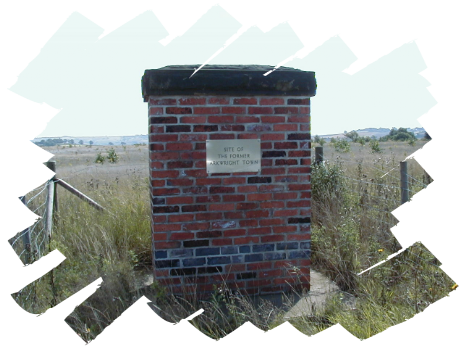