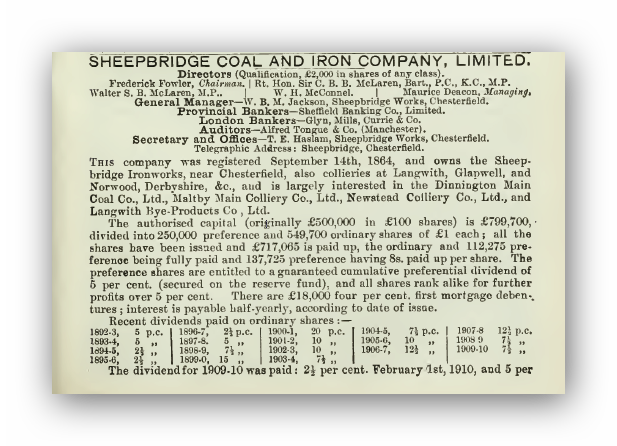 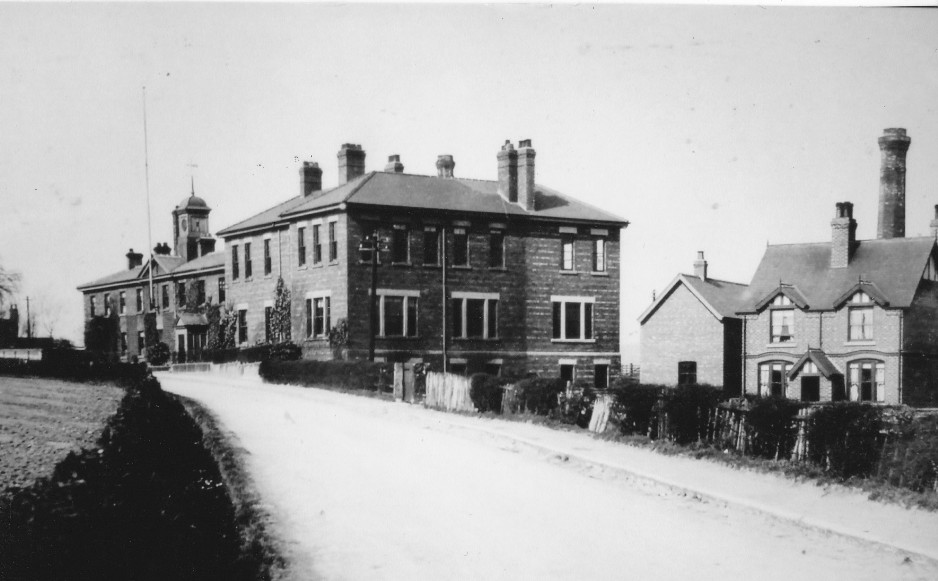 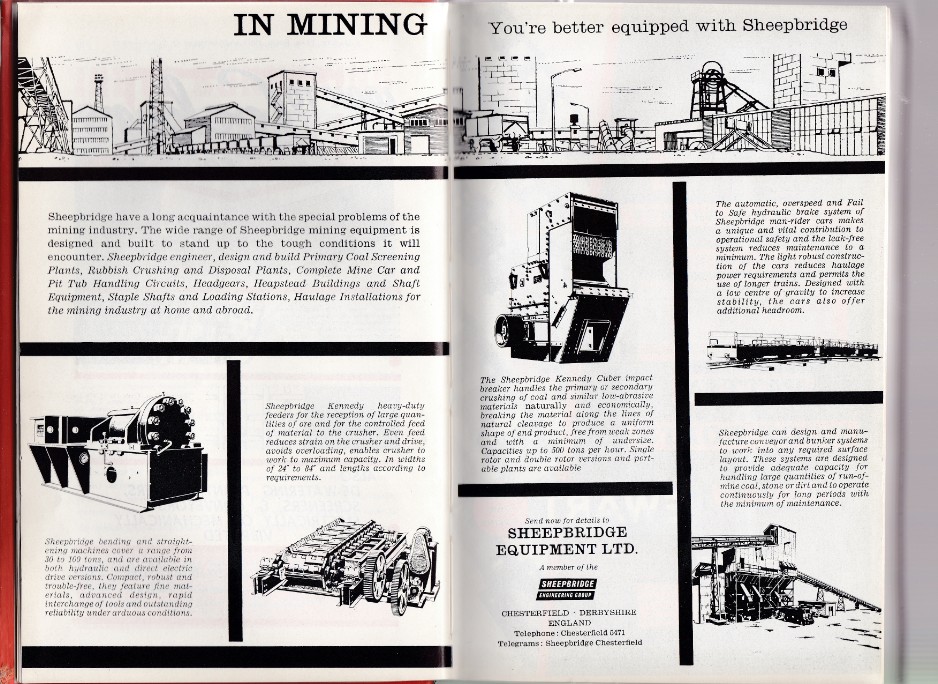 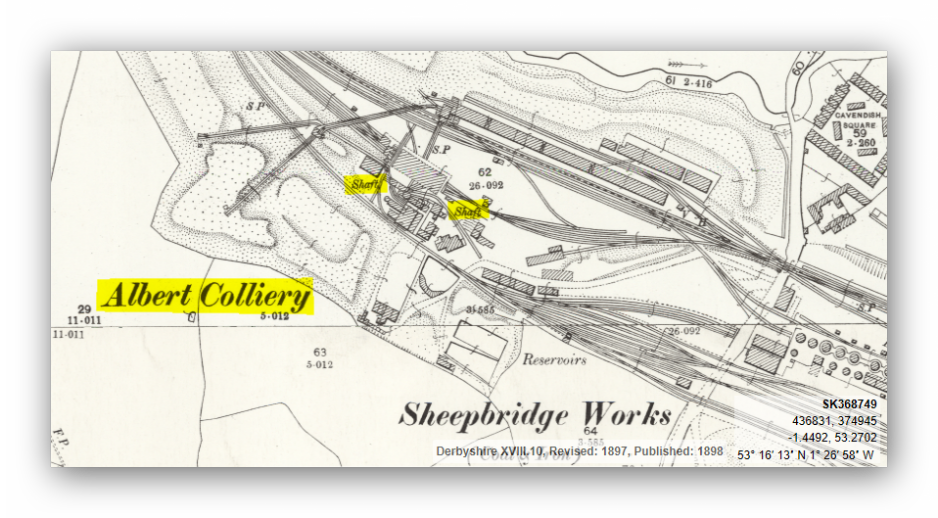 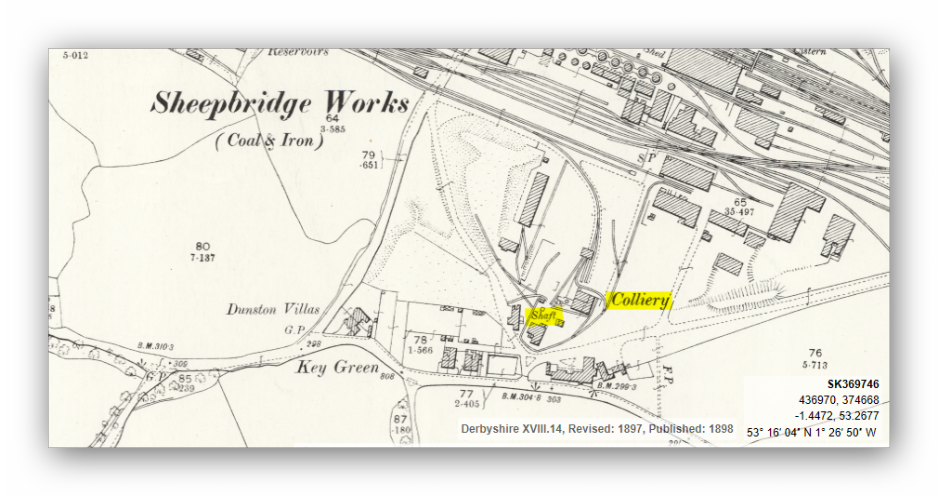 Note: Colliery Plan is WEST to the top of the map and not NORTH. (Fitzwise). 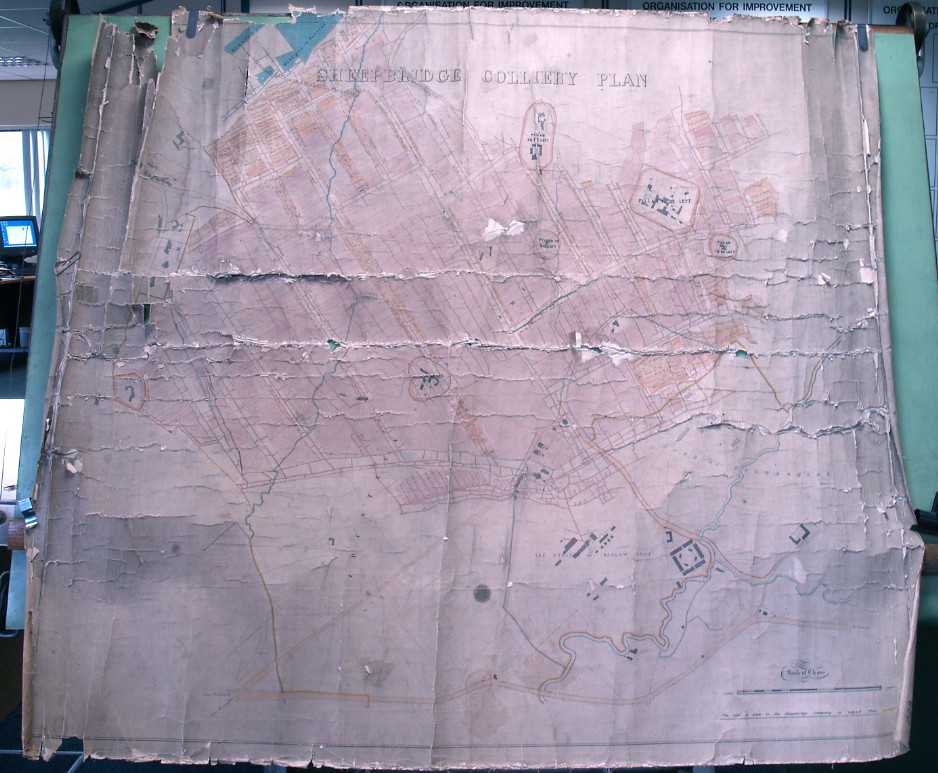 *******************************************************
Photographs 4 & 5 are Copyright, Peter George of Fitzwise. (Rest ANB).
Photos show us opencasting in Dunston seam [Deep Soft] old workings date from cica. 1860 by Sheepbridge Company.
We are preparing the new site for Chesterfield Rugby Club off Dunston Road which includes removal of coal & old workings under the where voids might migrate to the surface.
Old Deep Soft Workings from Sheepbridge Works Colliery.
Looking towards Sheepbridge.
The small band of coal near the top is an unnamed 9 inch uneconomical seam 16 feet from the surface.
The Dunston or Deep Soft coal the bottom of which is 18 yards and 3 inches from the surface and consists of two distinct bands, 1 foot of roof coal and 4 foot 6 inches of main coal.
(Did not see any evidence of timber or other roofing support other than coal pillars on site).
Looking directly at an air shaft centre of shot sunk from the surface and filled in with a local rubble and clay fill.
Air shafts were common and several may have been sunk into the workings at regular intervals to improve the poor ventilation of the workings which were usually by steam powered fans or even a furnace in the shaft.
Part of a tub rail found on site.
It is said that these old colliery workings were also worked (recycled) from the opposite direction by a drift mine in the 1920’s following the basset edge of the coal into the old workings.
Parts of the coal pillars left by the original workings would have been robbed to supply the coal.
I have found the following M Hurditch of 18 Capel St., Sheffield, working a small colliery at Bakers Bank Sheepbridge employing 2 men underground in 1938.
There is little economical ironstone in this area so the prize would have been coal. The only band of ironstone to note is at about 27 yards from the surface and is only 6 inches in section.
There are several small uneconomical seams below the Dunston 4 inch, 4 ½ inch and 3 inch respectively the only other seam of note is the Deep Hard or Potters Coal.
Deep Hard or Potters Coal Section.
Roof coal 1 foot 2 inches.
Smithies 1 foot 1 inch.
Top Hards 1 foot 9 ½ inches.
A 6 inch band of shale or dirt.
Low Hards coal 1 foot 8 inches.
Bottom of seam at 72 yards 1 foot 6 ½ inches.
Bottom of upcast shaft in works yard is at 72 yards 2 feet and 8 ½ inches.
Seam information from Section of Strata of the Coal Measures of Yorkshire. W.H. Wilcockson, M.A., F.G.S. p434.
Back to content