Go to content
I often find myself looking for the origins of place names, field names and the names of old roads.
This is an article on Gang Lane at Scarcliffe and the sheepwash.
Gang:
A number of people or animals.
Gang is a little used word of Scottish origin and refers to cattle pasturing.
Range of pasture allowed to cattle.
Chambers Dictionary.
Outgang is Old English and refers to an exit path taken by cattle from enclosed land to common land.
Outgang Lane is another one in the locality.
English field names. John Field.
Presumably gang refers to a path either for animals or people, or even both.
Shown but not named on Sandersons map of 1835.
Start SK 49262 68695 Northern End at Scarcliffe.
Finish SK 49383 67955 Southern End (Disappears at River Poulter).
Sheepwash and Bridge SK 49340 67976 Does it come this way.
Road walled off on western side from split at SK 49314 68144 to south end.
Approximate age of lane boundary hedgerows is at least three to four hundred years old.
The roads that run through Scarcliffe, Stoney Houghton and Pleasley run north south. London to York, Nottingham to Rotherham are worth a mention. They are part of a main bridle path network referred to in a Medieval documents as the ‘great way’. It may be that animals were driven from the local farms, watered or washed and driven down this road on the way to markets for sale.
The Sheepwash.
The Sheepwash, or washpool as its name suggests is a place where sheep or animals were washed prior to shearing. The River Poulter is now little but a trickle so I would suggest that the area would be dammed prior to the washing and the sheep funnelled into the washing area which consisted of a narrow stone lined water channel not unlike a mill race in construction. The dipping channel appears to be twenty eight feet long, five feet wide and at least three feet deep. The whole construction to the bridge being around sixty feet long.
According to the Scarcliffe and Palterton Parish Accounts there were two such sheepwashes or washpools one at Buckbridge using the water from the River Doe Lea and another one at Losch or Losth (presumably this one) using water from the source of the River Poulter. It was the duty of the Constable of Scarcliffe to properly maintain both sheepwashes and there are several mentions of repairs being carried out to them, particularly the gates which held back the water. I wonder if the two different spellings of the sheepwash are misprints and should read Losk. Losk Lane is quite close.
The washpools were of great importance as not only were they used to wash sheep but were used to supply water for irrigation projects throughout the seventeenth century. They were not mentioned as being repaired after about 1740 so they may have lost their importance after the time the local land was enclosed in 1726.
Gang Lane. Looking North to Scarcliffe Village
Gang Lane. Looking South towards Sheepwash.
Fragments of Derbyshire History. Scarcliffe and Palterton part II. The Parish Constable. Agriculture. M. Gavaghan 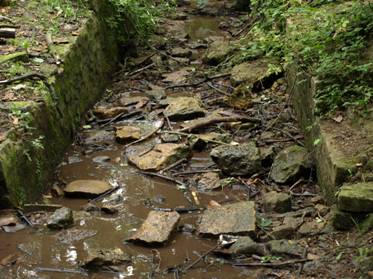 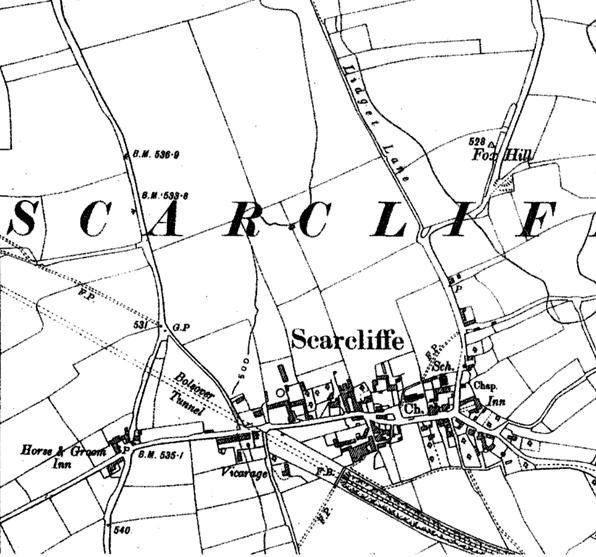 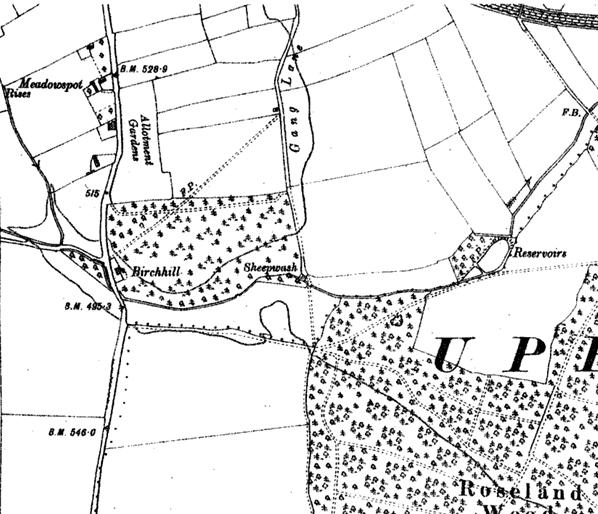