The Wingerworth and Hardwick Colliery Company.

The company wanted to establish a new colliery at Williamthorpe which was to raise 4,000 tons of coal daily. Under the terms of Mrs. Hunloke's lease the company were to sink shafts to the Blackshale seam and establish a first class colliery. Therefore sinking operations commenced in 1901 on the Williamthorpe shafts. The underground roadways from Holmewood were driven downhill into the pit bottom area of the Williamthorpe colliery, the idea being to avoid any powered haulage of coal into the pit bottom from the districts, this could be achieved by gravity. The new venture met with immediate problems, the shafts were sunk in a two mile diameter basin of water from the old Lings colliery workings. Only one hundred and eighty of the five hundred and fifty yards of sinking had been achieved in two years because of the water problems so it was decided to line the shaft with nineteen foot diameter iron tubbing.

Although the ground yielded 2.5 tons of water per minute with a pressure of 600-700 psi. The iron plates were so tight that the shaft was watertight for the extent of the flooded strata. The shaft was completed in 1905 and became the deepest colliery in the Midlands. Williamthorpe colliery had triple deck cages with a capacity of twelve trams, or seven tons of coal with a winding time of forty five seconds. The steam winding engines were made by Markhams and company of Chesterfield with a forty two inch diameter cylinder and a seven foot stroke.

The site now pumps  from underground and settles millions of gallons of water each month from collieries as far away as Nottinghamshire.

Colliery photographs from the collection of Bill Skevington. 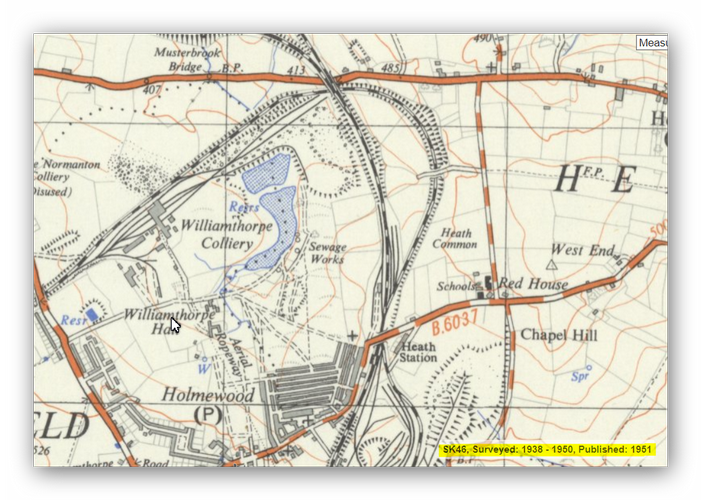 The three photographs in the Slide-show are from Grace's Guide and are 1948 in origin. (Above).

OPENS IN A NEW WINDOW. 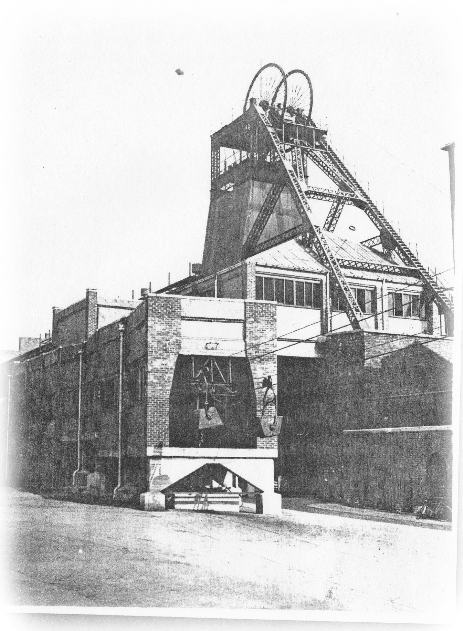