Map from the National Museum of Scotland. Opens in a new page.
Storforth Lane Colliery Shaft SK 36/37 39186946
Hasland Colliery SK 36/37 391703
Whitebank Colliery SK 36/37 38746965
1880 owned by Dr. C. Black.
January 9th 1875. P3 Col 7. (Summary).
First Annual Dinner of the Industrial Coal & Coke Company.
The Company was established in early 1873, they now have four pits in working order: namely Hasland, Whitebank, Storforth Lane all at Chesterfield and Woodhouse at Woodhouse Junction. Seams have just been reached at Storforth Lane. There was plenty of iron below the coal but it was planned not to get the iron until the coal was worked out.
August 28th 1875. P5 Col 2.
The half yearly meeting of the company was held at the Angel Hotel Chesterfield on 24th August 1875. Since the General Meeting held in February last, the new colliery at Storforth Lane has been connected underground to Whitebank and Hasland workings, so that the whole of the coal can now be drawn at the new place. By this arrangement one engine can now do more work than two did formerly, and a considerable saving is effected on labour.
The engines and other machinery at Whitebank and Hasland, being no longer required will be sold. The directors have decided to sell also the wagons purchased with the two collieries, as they are different to those purchased for Storforth Lane.
The drawing powers of the Storforth Lane Colliery are such as would exhaust in a limited number of years, the coal originally leased, but the directors have secured the deeper seams of coal and a fresh lease of 25 years with powers of renew.
January 22nd 1876.
On Wednesday morning the body of a man named Emanuel Knowles the engine tenter residing at Furnace Hillock Walton in the employ of the Storforth Lane Colliery Company in the Parish of Hasland was found drowned in a pond at that place.
July 7th 1877.
High Court of Justice, Chancery Division, Dawson v Owen.
On Tuesday 24th July 1977 at 4:00pm. The Storforth Lane Colliery situated at Storforth Lane and immediately adjoining the main line of the Midland Railway Company on which it has a siding. The company have laid out in extension of this property over £22,000 beyond the original amount paid for the purchase of £40,000. The whole of the valuable buildings, plant and machinery will be included in the sale. The purchaser will have to take the wagons, stock of coal, slack, ironstone, fireclay, loose material, stock in office trade and furniture and other effects on the premises at a valuation in the usual manner.
July 25th 1896.
Ernest Mitchell is favoured with instructions to sell by auction at an early date Storforth Lane Colliery and Derby Road Brickworks upon the premises of the above.
September 25th 1886. P4. Col 3.
John Turner will sell by auction the colliery plant, pair of winding engines by Messrs. Oliver and Company. Vertical pumping engine by Darwin and Company Sheffield, pitch pine headstocks etc:
January 11th 1879. P4. Col 5.
Storforth Lane Colliery Company.
Registered Office, 23 Brewery Street Chesterfield.
Notice is hereby given that an extra ordinary meeting of the above company will be held at the Cannon Hotel London on 16th January. "That it has been proved that the above company by reason of its liabilities cannot continue its business and that it is advisable to wind up the same immediately and appoint a liquidator". William Thomas Barrett Director.
Whitebank Colliery. SK 36/37 38746965
August 6th 1870. P6 Col 6.
There was a lengthy article about coal exports etc. It concluded thus:-
Mr. Senior has at last succeed in joining two collieries, the Hasland and Whitebank together. After long and determined efforts to clear both of them. The pits, a few years ago since were abandoned, owing to an interruption of water which filled them. Mr. Senior took them, and with great spirit got them clear, and will now, it is hoped, reaped the reward which his perseverance under most discouraging circumstances richly merit. 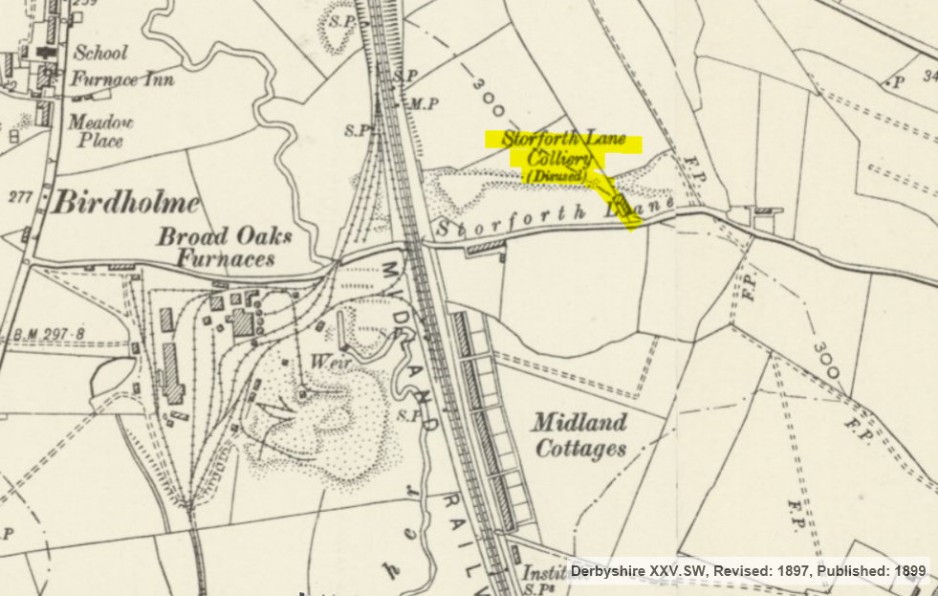 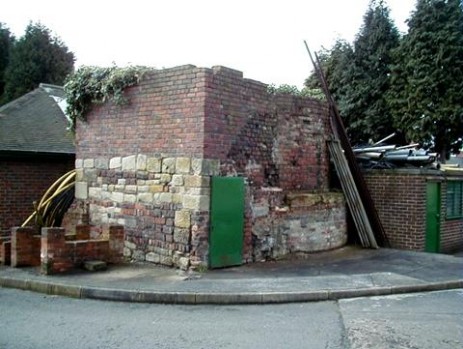 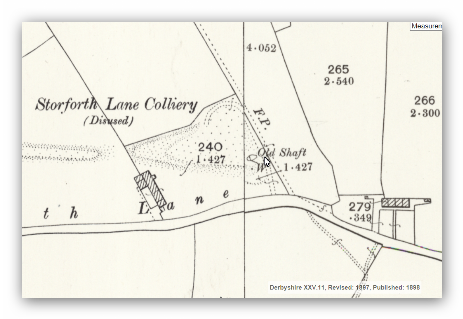 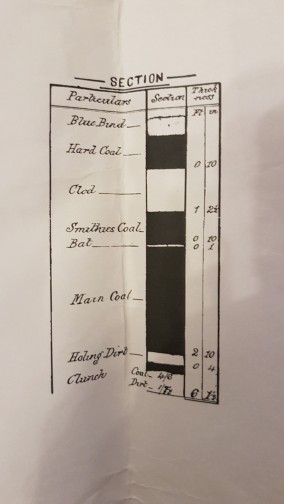 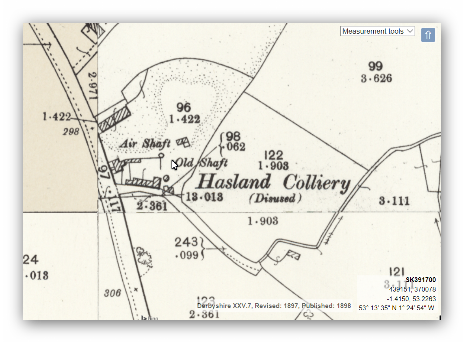 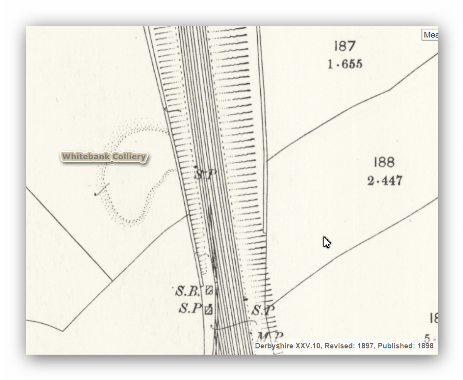 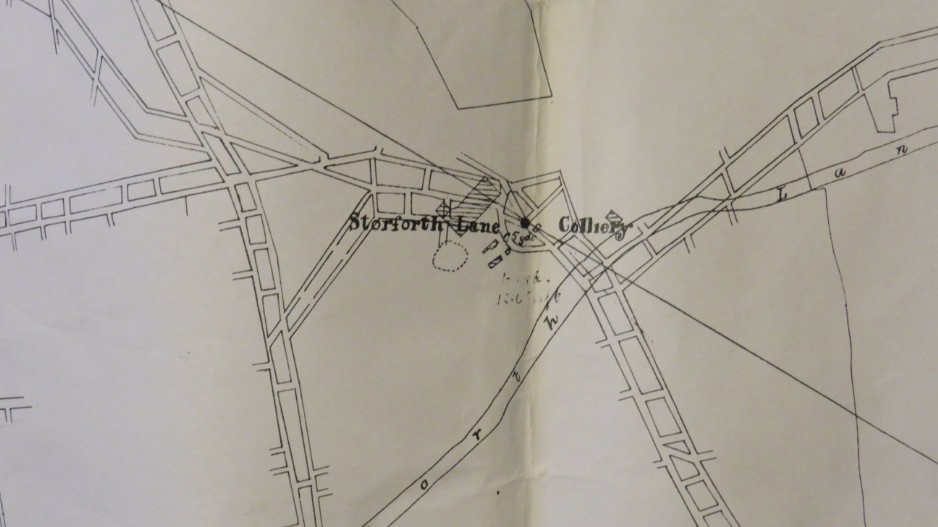 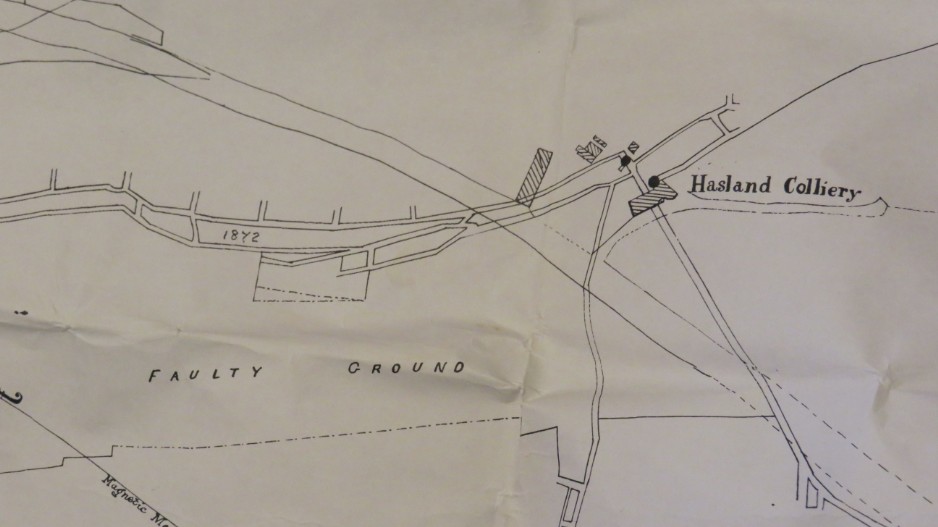