Go to content
New Bolsover, The Model Village of the Bolsover Colliery Company.
Close to the town of Bolsover and the village of Carr Vale lies the village of New Bolsover or 'the Model Village' which was created by the paternalistic Bolsover colliery company in the 1890's to house the colliery workforce. The plans were created by Percy Houghton and Emerson Muschamp Bainbridge the chairman of the company in 1888 and revised by Sir Richard Webster. Building work commenced in 1891 and by late 1892 fifty of the two hundred houses were occupied. Included in the design of the village were a miners institute, school, co-operative store, orphanage for children of fathers killed in the employ of the company, allotment gardens, Methodist and Anglican churches and a large assembly hall and bandstand on the village green. The experiment led to the building of the larger Cresswell 'Model Village' in 1901 and the creation of Forest Town near to Mansfield Woodhouse in the companies other collieries.
Three types of house were constructed at New Bolsover, two types to house workers, single story for small families and double story (attic room) for larger families and the 'Villas' which were nearer to the colliery to house the officials. A tub railway ran from the pit to the village to help in its construction and on completion was used to transport coal for the home fires and bring the night spoil back for disposal. The village was patrolled by the Bolsover colliery police officer and in the 1920's New Bolsover had sergeant G.Murrey and one constable looking after the inhabitants. A sandstone quarry was started in the 1920's for building materials around the site of the new bowling green at New Bolsover.
The houses were well constructed and were offered to men in the employ of the colliery company. It was thought that this type of housing and welfare of the miners and their families would lead to better attendances at work and an all round compliance to the law and company rules as any transgression of these laws and rules would lead to dismissal and the withdrawal of their accommodation.
According to the will of Emerson Muschamp Bainbridge it was to have been expanded to have included a hospital, an orphanage, a home for aged miners and their families and offices to be used in connection with charitable work involving the proper upbringing of children. This was not implemented as a result of his legal advisors saying the idea was too expensive and impractical.
The village was in draft form in a statement in 1891 and rent was 3 shillings and sixpence for the larger houses and three shillings for the smaller ones.
Colliers moved out if they ceased employment at the colliery.
PHOTOGRAPHS.
2009. The Castle Overlooks the Village.
New Bolsover Colliery Club. 1930’s.
1924 May Queen New Bolsover Primary School.
1938 Bolsover Colliery
1895. New Bolsover village
Pit Ponies. The field that housed the pit ponies during the colliery strikes. Oaken Greave to the left.
The School and Hall. The Railway lines the young lad is sat on were to pull tubs of concessionary coal around in the late Autumn and Winter for the miners houses and to remove the night soil from the earth middens on a daily basis.
New Bolsover Junior School Team.
Doe Lea Valley School League.
Mr. ‘Daddy’ Parker.
Stuart Byetheway. John Collier. Barry Morris. Allen Rowley. John Mapley. Gordie Ellis.
Kenneth Bluff. Malcolm Spencer. Mick Walker. Raymond Sumner. Ronald Umney.
Tramway Bridge. A photograph taken from the bridge which used to carry the tram road into the Model Village at New Bolsover.The view is towards Bolsover Midland station gasworks on the right Bolsover pit tips in distance with ariel ropeway still in use. Notice the single track security ring being passed on to or from the engine. It was used to secure a single track line from any other engine’s use. Single track one train only at a time towards Glapwell. Many thanks again to John Platts for this photograph.
New Bolsover Colliery Club. 1930’s.
Wesleyan Church. Now Demolished. Last Used 1970’s. Orphanage to the right now Bainbridge Hall.
Bainbridge Hall & Park.
Colliery Club.
Colliery Band.
Colliery Band. 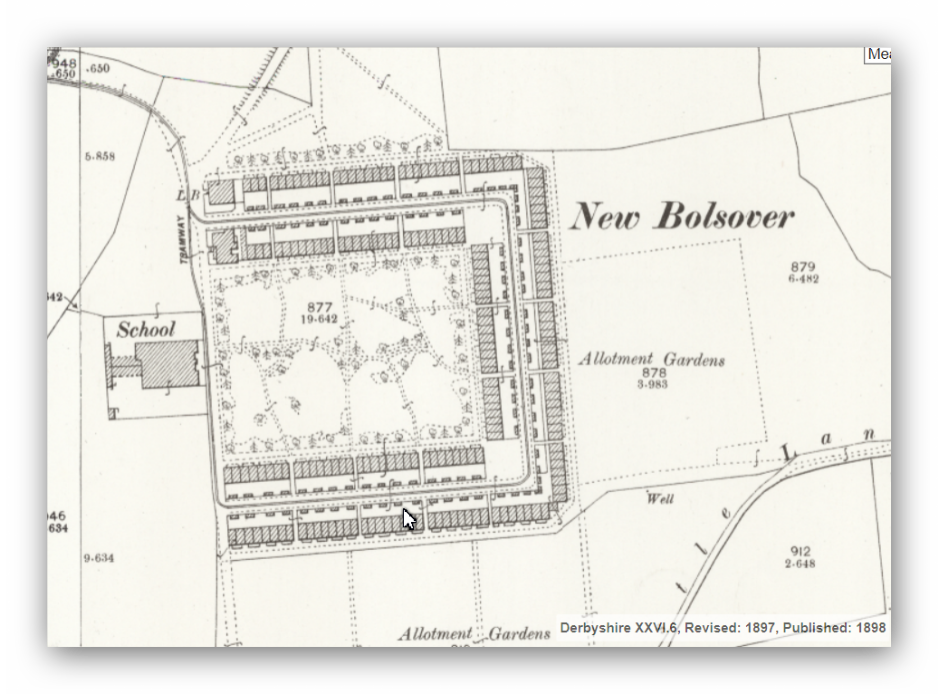 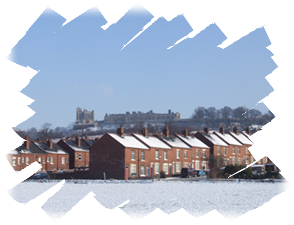