Go to content
Swallows Colliery, Mosborough.
Disused by 1888.
SK423816 (SK. 442339 381823).
1890's Map.
'Reminiscences of Mosborough' 1886 by George Foster.
In speaking of the coal trade, it would only be tedious to mention every pit separately, so I shall do little more than mention the colliery proprietors, as follows:
Messrs. J. and G Wells, afterwards J. and G. Wells and Co., Limited.
Richard Swallow, afterwards Richard and John F. Swallow.
Joseph Bishop, Plumbley Lane.
John Rhodes, Plumbley Colliery. Afterwards Plubley Colliery Limited.
Luke Worrall, next his widow, and then his son John.
Robert & James Newton near the Cliffs, Plumbley.
Joseph Alton and Thomas Bunting, the Cliffs.
J. and G. Wells, are now working a pit at Moor Hole, which had been closed many Years, independent of the Company of that name.
At J. and G. Wells and Co’s. pit at Holbrook, more than five hundred men and boys are employed underground ; amid one acre of coal is got every week.
Maps.
1890's.
1888.
1947.
(Other references to follow). 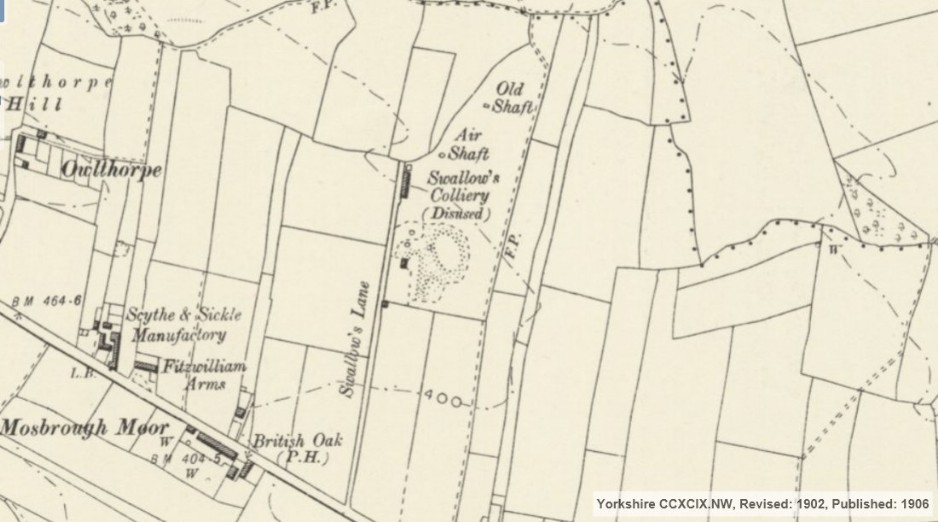 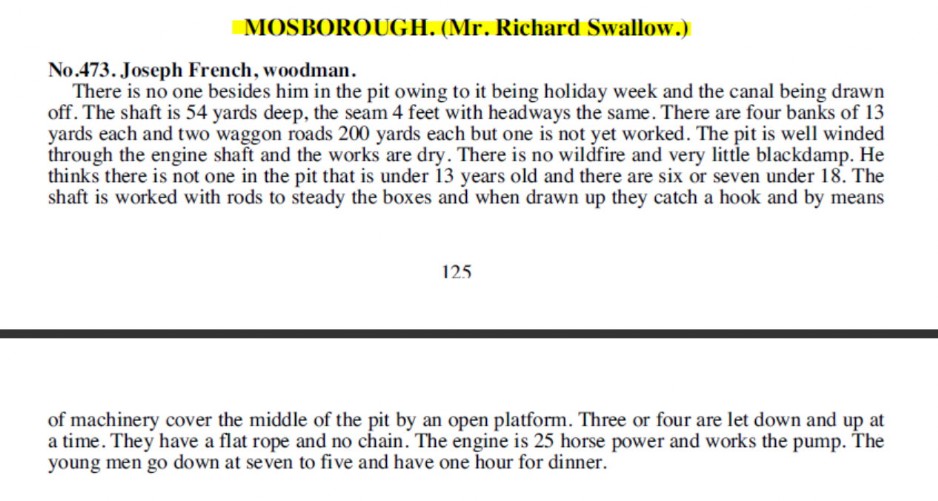 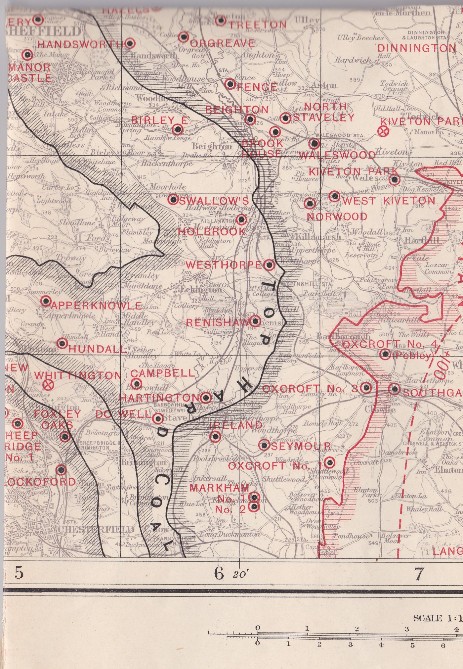 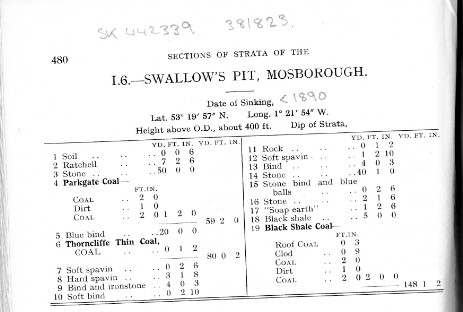 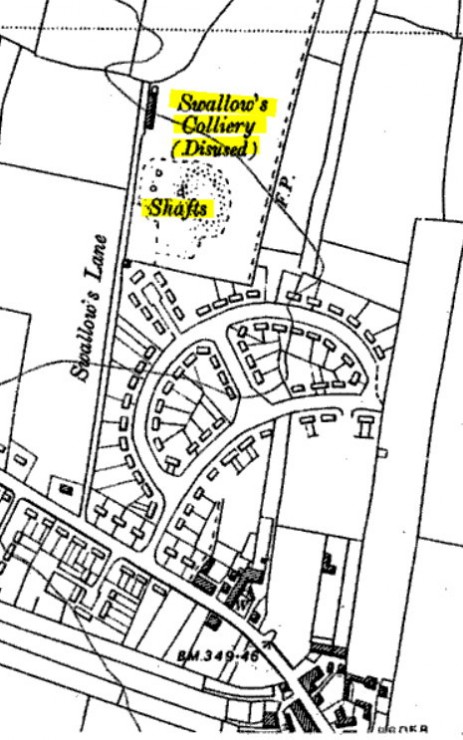